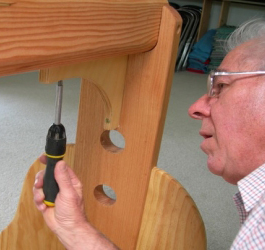 iYogaprops is the only yoga supplies company in Australia specialising in wooden yoga props.  Our ability to do this is down to a skilled timber worker toiling away in rural Victoria, Ian (Mick) Jackson.

The very first iYogaprops product was our design for the Foldaway Backbender.  As a product designer and an Iyengar yoga teacher iYogaprops founder Peter Harley saw a way to improve on the cumbersome but excellent Viparitta Dandasana backbend bench first used by B.K.S.Iyengar.  The result, a much lighter and more compact to store version of the prop with added functions.

Peter called his friend and part time cabinet maker Mick to make the prototypes and first production versions.  Since then Foldaway Backbender has found its way to almost 20 different countries and is now manufactured on a large scale.

As iYogaprops grew we became aware of a need in the Australian community for more of Iyengar's inventions.  Mick stepped up to make all manor of useful gadgets. Halasana boxes, Setu Bandha benches, wedges, Simhasana boxes, meditation stools, Wooden barrels, Viparitta Karani boxes, wooden blocks of various shape and size and the big showpiece for any Iyengar studio the Tressler, the large wooden tressle you may have seen if you have visited an Iyengar school.

Mick makes all these marvellous objects to exacting standards at his modest facility at Yackandandah in NE Victoria. He takes care to source all of the timber he uses from quality plantation timbers or where possible from recycled timbers.

Though the original designs come mostly from the Iyengar Institute in Pune, India, Mick and Peter have worked together to improve and adapt them to local materials and needs.

Over the years Peter and Mick have collaborated on many prop experiments. A few of them have come to production such as the internationally popular Headstand Yoke and more recently the Multifunction Prop designed to assist shoulder stand.
The work goes on. Mick and Peter are currently working on an adaptation of Alan Goode's kick board prop.

Below a picture of Mick working on a bigger wooden prop.  As a volunteer repairing a tressle bridge on the Northern Victorian Rail Trail. 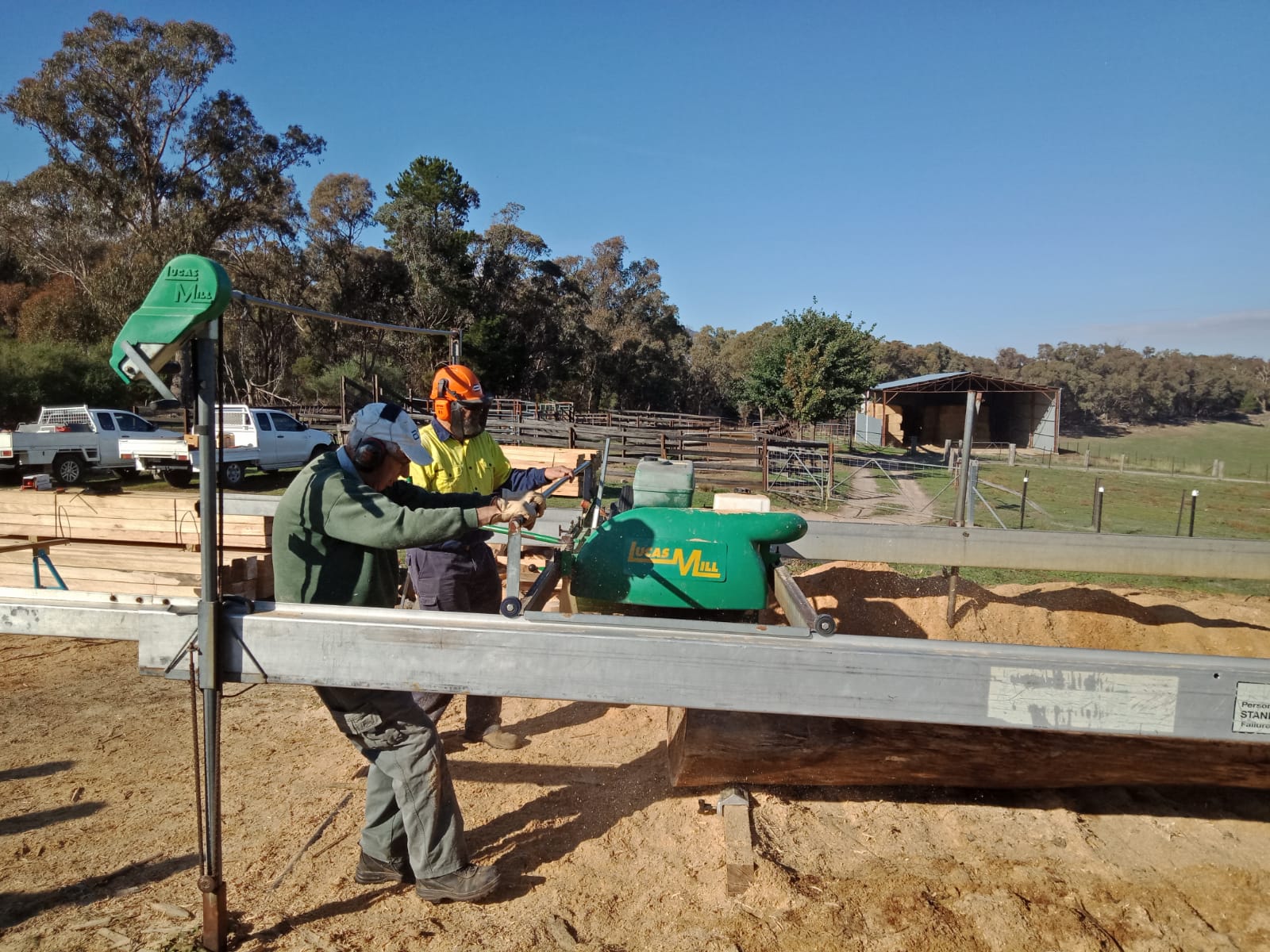 MIck on a bigger timber project. Repairing a bridge on the Beechworth Rail Trail